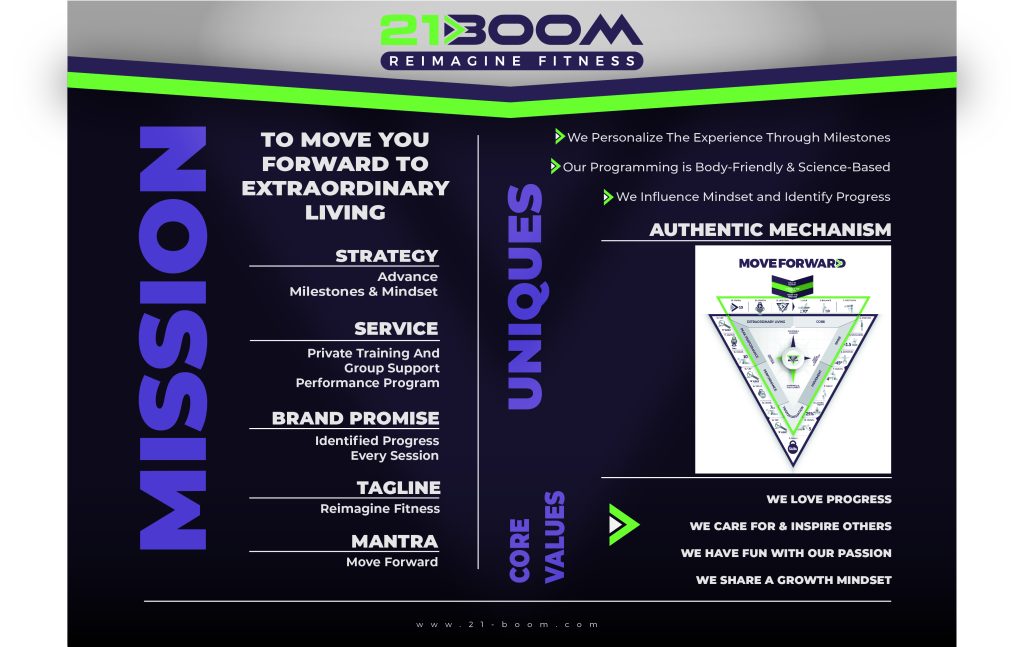 Like most businesses, 21BOOM began from modest beginnings and evolved into what it is today.

Today, 21BOOM offers a scalable online wellness platform to members and organizations worldwide, an online school to educate coaches on the 21BOOM authentic mechanisms, partner organizations both in the fitness industry and out, and a unique business platform for individuals looking to promote the benefits of healthy lifestyles.

Korey had many positive experiences with movement, exercise, the outdoors, and athletics in Junior High, High School, and College. Being raised by parents in law enforcement, Korey had a strong sense of right and wrong throughout his early years. 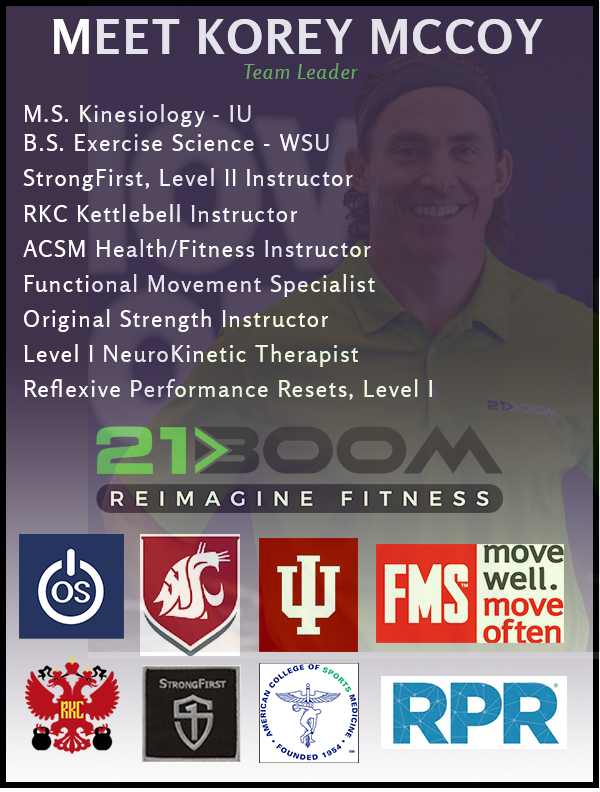 In 1989, Korey attended Washington State University and failed to make the Division I football team. This failure resulted in a focus to help others experience the positive aspects of living a healthy lifestyle.  During his time in Pullman, Washington, Korey began taking Exercise Science coursework, studying in the Human Performance Laboratory, working in the student fitness center, and personal training clients independently.

After an internship in the cardiac rehabilitation program at St. Peter’s Hospital in Olympia, Washington, and working as a personal trainer at The Tumwater Athletic Club, Korey attended Indiana University in Bloomington, Indiana. Paying out-of-state tuition to obtain his master’s degree in Kinesiology, Korey increased his academic coursework and graduated in 10 months. Two months before graduating, Korey attended a meeting where the University collected feedback on a newly constructed student recreational sports center for the campus community, called the Student Recreational Sports Center (SRSC).  Following this meeting, The Division of Recreational Sports offered Korey a position as Assistant Director, Fitness Training. His immediate objectives included purchasing over $700,000 worth of fitness equipment, supervising 60 fitness consultants, and creating one of the country’s first recreational sports personal training programs. In 1998, Korey presented two seminars at the National Conference for Recreational Sports (NIRSA) in Salt Lake City, Utah. One of these seminars, “A Comprehensive Recreational Sports Program Includes Personal Training,” became the springboard for university-based personal training programs across the country.

In late 1999, The Steuben Athletic Club in Albany, New York, recruited Korey to become their Fitness Director. Shortly after arriving, it became apparent there were ethical shortcomings within the organization. With a stay-at-home wife, a 2-year-old son, and $10,000 in the bank, Korey made the significant decision to jump full-time into entrepreneurship. Not surprisingly, The Steuben Athletic Club ceased operations a few years later. The first six months of entrepreneurship presented many challenges, mainly going broke more than once.

Incorporating in 2001 as Plan 4 Fitness and starting from his basement, Korey began working with clients to enhance their health, fitness, and wellness. By 2002, Korey opened a small corporate fitness center at 80 State Street in Downtown Albany, NY. In 2003 Plaza Fitness opened in Stuyvesant Plaza, and the team grew to a handful of skilled movement experts.

As the fitness industry transitioned to functional training, Plaza Fitness evolved into Plaza Fitness Performance in 2010. The team, membership, and revenue grew as the organization specialized in personalization and became known as Albany’s premier personal training center.

By 2014 expansion took the shape of a second location in Latham, NY. After much effort to remain open, the Latham location closed in 2018. Multiple versions of an online personal wellness platform (21BOOM), an online school to certify coaches, and Korey’s 1st book, Your Performance Journey, became the hallmark accomplishments during this time. Your Performance Journey introduced an operating system and the 21 milestones that personalize the movement experience.

On March 20th, 2020, New York State forced Plaza Fitness Performance to close due to the global pandemic. The team immediately transitioned to a 100% online business strategy. The team agreed to make a brand pivot and bring Plaza Fitness Performance under the 21BOOM name. 21 represents the 21 milestones, and BOOM is an acronym for Behavioral Optimization Online Motivator.

Embracing wellness by optimizing behaviors is a winning strategy for every person and organization. We believe there are five universal fitness rights, regardless of age, fitness level, experience, or income level:

#1: You have the right to a personalized approach

#2: You have the right to body-friendly movements

#3: You have the right to science-based programming

#4: You have the right to guidance and support

#5: You have the right to an online platform to educate and track progress

What does the future hold? There are many reasons to believe this is just the beginning for the health, fitness, and wellness industry. Korey’s 2nd book, Move Forward, is set to be released in January 2022. The 21BOOM online school is educating more and more coaches, and the 21BOOM global, scalable, evergreen and personalized platform is growing. The 21BOOM platform leverages technology with a human touch to deliver extraordinary living. 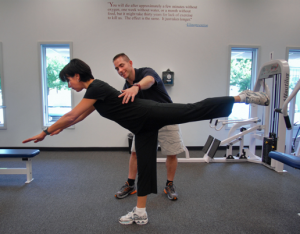 In 2003 the operation added a few team members and opened a brick & mortar location in
Stuyvesant Plaza called Plaza Fitness. 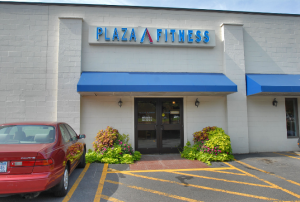 A Standardized System Is Born

In pursuit of a system to standardize the personal training service with multiple team members
and deliver identified progress for each client, Korey published a book in 2018, Your Performance Journey. Your Performance Journey consists of 21 milestones that personalize the movement experience. As hard as it is to believe, to this day, the fitness industry has no regulatory or gold standard system in place that promotes personalization and safety while delivering progress based upon research. 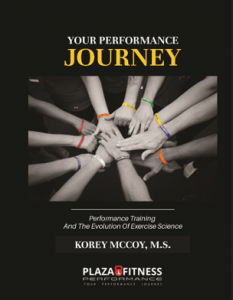 The brand pivot to 21BOOM

In March of 2020, the global pandemic forced Plaza Fitness Performance to close for six months. Instead of stopping the business and furloughing the team, the organization committed to delivering the movement experience to our members while supporting the team and their families financially. The pandemic became the catalyst and opportunity for what 21BOOM evolved into.  Over the next few months, the brick & mortar underwent a brand pivot from Plaza Fitness Performance to 21BOOM. 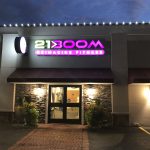 The global pandemic in 2020 forced every service we offer to an online delivery method. Thankfully, we were already in our third iteration of our online platform. Meeting our members where they were while still delivering a personalized experience became key. The completion of the 21BOOM App became the most significant tech accomplishment in the history of the organization.

The 21BOOM coaching platform provides everything you'll need to turn your passion into a thriving business. It all starts with Level I and Move Forward. Level II welcomes you to the business opportunity and our coaching community. Level III encourages you to see movement through a different lens with Neurosomatic Balancing. Finally, Level IV cements the growth mindset into practice with invaluable resources. Answer the call and uncover your passion! 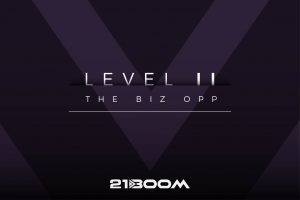 The Journey to Extraordinary Living

Move Forward, due out in January of 2022, is Korey's 2nd book. Move Forward leans on the operating system to unearth the path to extraordinary living. Reimagine fitness and take a deep dive into mindset, the evolution of exercise science.

Move Forward is a game-changer for the fitness industry. 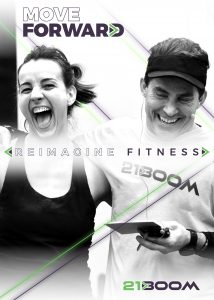 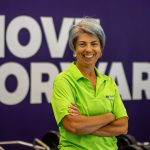 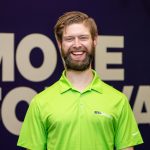 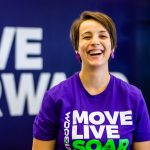 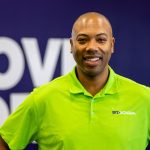 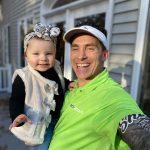 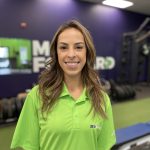 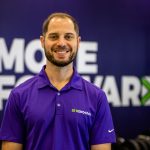 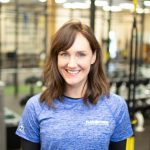 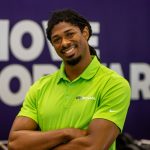 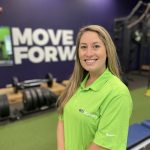 Deliberate exercise has existed for centuries.  A recommended historical article, “The History of Physical Fitness,” was completed by Erwan Le Corre from MovNat in 2015.  Many literature reviews have provided concrete evidence that exercise is a critical component in our modern lifestyles.  One such article, “Exercise – The Miracle Cure,” from the Academy of Medical Royal Colleges in 2015 provides compelling evidence that everyone must exercise to lead a life of optimal health.

The modern proliferation of the fitness industry has given us bigger groups, lower prices, insufficient personalization, and poorer outcomes. A whopping 80% of us do not obtain the minimum amount of recommended daily exercise. In fact, as of 2016, our society was 40% obese with projections reaching 50% by 2030, according to the Centers For Disease Control (CDC).  However, when these projections were made, they did not account for a global pandemic that would accelerate the obesity crisis. It would not be a surprise to anyone if those projections were today’s reality.

Who’s to blame for these poor outcomes?  The gym industry? Professional coaches? Society and the people who choose not to exercise? Our local, state, and federal government and the leaders who set policy?

Regardless of your answer to that question, we arrive at an urgency for potential solutions.  21BOOM represents an incredible option to deliver better outcomes for our society.  There is no better time than now to establish a standard that begins with personalization, promotes body friendly movements and safety, inherently motivates, and all comes together with accountability from a qualified and caring coach.

At the moment, the fitness industry is the wild, wild west with no regulation from local, state, or federal agency.  This means anyone can present themselves as a personal trainer or coach and begin recommending anything, including contraindicated or inappropriate movement.  Our society has never been presented with the risks of injury associated with the perilous cocktail of large group bootcamps and external load. Science and study has not caught up to verifying the many strains, pains, and permanent injuries that result from inadequate screening, negligent coaching, and programming void of proven logic.

21BOOM promises progress through 21 milestones that personalizes the experience for all fitness levels, age groups, and movement capabilities.  When applied, this approach yields an easy to follow ‘If This Then That’ protocol based upon specific human functional movement assessments. When a personalized approach is taken, progress is experienced.  Progression is a vital human motivator for exercise adherence and perceived value, especially for those who may be sporadic or new to exercise.

GET TIPS, TRICKS, AND RECOMMENDATIONS

You Deserve a Coach